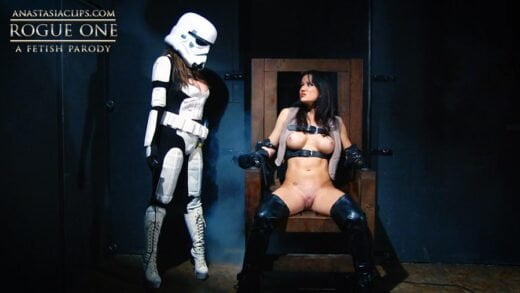 Starring: Angela Sommers as Jyn Erso and Anastasia Pierce as Stormtrooper. In a time of conflict, a solo female rebel is on a mission to steal the plans to the Death Star, the Empire’s ultimate weapon of destruction. She is the only chance to restore freedom to the galaxy. She has managed her way into […]

Starring: Anastasia Pierce, Angela Sommers, Crystal Clark Part 1: Batgirl Rises Batgirl transforms into her secret identity when she finds out that she was given a new mission. The idea of being in charge of this top secret mission is really turning her on! Too worked up and too excited for the arrival of the […]